What are the typical steps in a DOL audit? 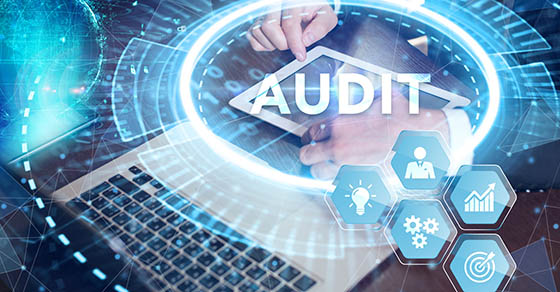 Many popular retirement and health care plans must comply with the Employee Retirement Income Security Act (ERISA). Employers that sponsor one could one day receive a request from the U.S. Department of Labor (DOL) for plan-related documents. Such a request usually initiates a DOL civil investigation, often referred to as an “audit.”

If this happens to your organization, address the inquiry immediately. Failure to provide requested documents to the DOL can lead to a penalty assessment, and a prompt and cordial response can establish a positive rapport with the investigator. DOL audits generally follow a predictable path:

Initial document request. Generally, a plan sponsor learns of an audit when it receives a letter or phone call from the DOL’s Employee Benefits Security Administration (EBSA) advising “plan officials” of the investigation and requesting a detailed list of documents. The investigation may be general in nature or target a specific issue.

On-site review and interviews. The investigator may arrange to visit the plan sponsor’s offices and could request additional documents for review during the visit, such as payroll and claims processing records. Often, the investigator will gather relevant information by interviewing one or more individuals responsible for the plan. (Note: During the COVID-19 pandemic, some investigations have been conducted virtually.)

Correction and settlement. Whenever possible, EBSA seeks voluntary compliance through full correction of identified violations and restoration of plan losses. After negotiating a corrective action with plan officials, the agency will issue a detailed settlement agreement.

A typical agreement requires evidence of the correction and provides that, if EBSA determines that the agreement’s terms have been fulfilled, no further enforcement action will be taken regarding the specified violations. When voluntary compliance isn’t achieved, EBSA may refer a case to DOL attorneys for litigation. Some situations are inappropriate for voluntary correction, such as those involving fraud, criminal misconduct, or severe or repeated fiduciary violations.

Closing letter following correction. After EBSA confirms that corrective action has been completed and any penalties have been paid, it will send a closing letter indicating that compliance was achieved.

Ordinarily, leave-based charitable donations must be included in a donating employee’s income. In addition, the opportunity to elect such contributions usually raises the concern that eligible employees might be taxed on income that could’ve been donated because the ability to make a donation triggers “constructive receipt.”

These steps could be completed in a matter of weeks or take a year or more, depending on the:

In the event of a DOL audit, we strongly advise obtaining the assistance of experienced legal counsel. Our firm can provide support throughout the process.

Explore the Archives of Tax Briefs